A daily dose of Dragon Con

Every year on Labor Day weekend downtown Atlanta transforms from its normal business casual wasteland of business casual to a fantastical world of fantasy and science fiction. Dragon Con has been a fixture in Atlanta for 30 years. Over the years Dragon Con has grown, attracting over 77,000 people this year. Dragon Con is like the artsy cousin of Comic Con—into the same things but a little smaller, artsier and less interested in big name celebrities. I had heard of Dragon Con before moving to Atlanta but with the glut of other amazing Labor Day weekend activities in the city had never gone before. Eric and I decided to change that and experience an Atlanta tradition.

I self identify as a geek, I even looked up the Venn-Diagram to prove it, yet I have never been to a comic convention. “Comic convention” is a bit of a misnomer as modern cons like Dragon Con cover everything from NASA to Disney. Dragon Con is famous for its highly competitive level of “cosplay” or costume play. Cosplay is creating and dressing up in a costume. It’s different than Halloween as many cosplayers will act like the characters  they are portraying. This is no cat ears and a black dress Halloween consume. These are immersive works of art which people spend large amounts of money and time on. As I am allergic to crafting and cosplay seems dangerously close, I dressed up as my fantasy alter ego, a librarian.*

Eric and I decided to go for just Sunday instead of the full three day weekend. We should have gone on Saturday to witness some of the infamous Dragon Con theme parties, including Yule Ball, Last Night on Alderan, Labyrinth Masquerade, 8-Bit Ball, Middle Earth Dance Party, Zombie Ball and unbelievably many more. Instead Eric and I consoled ourselves with being the only attendants without hangovers.

Dragon Con is spread out over five hotels and one nightmarish abandoned multi-city-block mall. Our day included a great deal of walking, in which I regretted my shoes almost instantly. Over the course of the day Eric and I only went to three panels. A day can easily be filled by gawking and walking. The art shows and vendor halls sucked hours out of our schedule.

Our first panel was the Star Wars costume contest. Judges where vaguely connected to Star Wars—the one that created models for the prequels might have been the peak levels of celebrity—and their weren’t any prizes at stake. Nevertheless the costumes were incredible. One woman had committed to shaving her entire head and building her own lightsabers. So badass. As great as the Star Wars costumes were, walking around the lobby of the Marriott was a better opportunity to see these works of passion up close.  I took a handful of pictures but it might be best left to the professionals. Click here to view Atlanta Magazines images of their favorite cosplay. My favorite cosplay moment was when I had sat down to rest my feet and the personification of Bob and Linda Belcher sat next to me. Top this of with Teddy looking confused and trying to find said Belchers. It was a surreal moment in a fantastical day.

While the cosplay is the highlight of Dragon Con, there are non-stop panels and events scattered around downtown. Overwhelmed with choice, I dragged Eric to The Venture Brothers panel despite the fact that I was maybe five years behind on the show. The Venture Brothers is an Adult Swim show based on the concept of “What if Johnny Quest grew up only to discover that he peaked at 10 years old”. It’s a really offbeat show and the panel reflected that. I always imagined convention panels to be like a  Q&A session about a certain topic. Nope. At Dragon Con panels are excuses for the guests to talk about anything they damn well please, thankfully to amusing results. This chaos set the stage for the rest of our day which included increasingly bizarre events.

Another panel we went to was a pseudo game show with D-list celebrities like the creators of Mystery Science Theater 3000, Doc Hammer and Scott Adsit. The panelists played games, sang songs and the whole thing made me feel like I was watching a bunch of strangers play Cranium. The highlight was when the voice of Krieger on Archer breathlessly told everyone about the night Burt Reynolds attacked his puppet. Cons are weird, guys.

Dragon Con mixes booze with its oddness, allowing people to bring open container into events. The hotels are hawking booze and it’s common to see Pikachu carrying around a fishbowl bucket cocktail. Eric and I bought overpriced Yuengling tallboys to help us survive the madness.

By 10 PM, my dogs were barking and we were ready to go home. As we were walking out of the hotel one last event caught my eye. The Dragon Con Masquerade, one of the largest events of the weekend, is a costume contest combined with a talent show. It’s a Dragon Con tradition and managed to be the strangest thing I saw all day. Imagine pre-recorded song and dance numbers combined with handmade costumes while the MC is forced to read the most cringe worthy introductions. Now imagine the MCs are Joey Fatone and Chris Krikpatrick of N’SNYC. Can’t imagine?** Well I don’t have to because they actually were the MCs of the night. Hearing Joey and Chris say things like “David made all of his own armor from hockey gloves and judo knee pads” put the final coffin in the grave of the 1990’s.

My day at Dragon Con was certainly memorable. What’s not to like about people coming together to celebrate what gives them joy? If you live in the Atlanta area I highly recommend a visit to Dragon Con. Bring an open mind, your childish glee and perhaps a beer or two.

*Because I’ll never be able to use my degree. Get it? (cries in corner)

** Want to watch from a performers perspective? Check this out instead of my poor quality shaking cell phone footage. 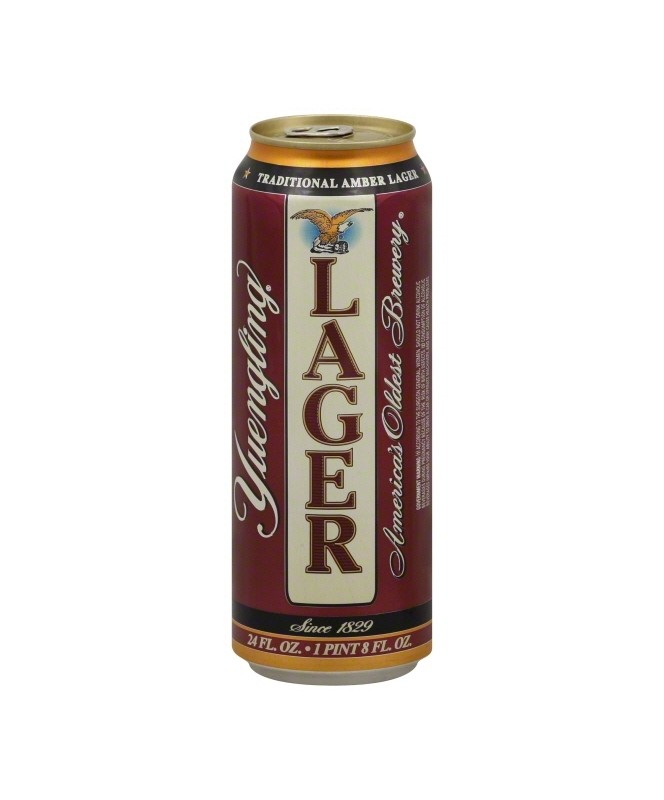 This is my go-to gas station beer. If you find yourself in a sea of macros and need beer, you could do worse than Yuengling. It tastes like a lager someone handed to 18-year-old you in a frat dungeon. The aftertaste of Yuengling is that of a penny you found in the dirt. It’s not a pleasant experience but I know I’ll pick it up again when I need to avoid anything with “light” in the name.

Final score one out of five Pokestop puns.