I hate the phrase “bucket list”—it’s much too macabre for my deeply hypochondriac self. I also hate the term “once in a lifetime experience”, unless its a comet that passes every hundred years. Don’t tell me my trip to Japan will only happen “once in a lifetime”. If you make travel a priority in your life, you can go back and visit again. If I was the type of person to use either of those terms, I might think about applying them to my Fourth of July trip to Washington D.C. Every since I was a kid, I’ve wanted to be in my nations capital for fourth of July. I wanted to see the pomp, circumstance and tradition while celebrating one of my favorite holidays.

If I am not traveling, I am planning my next trip. It’s a vicious cycle that helped me find an affordable AirBnB four months before the Fourth. Eric and I arrived on a Megabus from Philadelphia and dropped off our bags in the thriving multicultural neighborhood of Columbia Heights. I didn’t do too much research into the neighborhood beforehand other than making sure it was on the metro line so I was pleased to be rapidly won over by Columbia Heights. Great food, ease of transportation, walking distance to the zoo and cute row houses? Whats not to love? Eric and I didn’t try many of the hip-as-balls restaurants and bars in the neighborhood as we fall under the category of budget travelers. We did, however, use our money explore the local grocery store and local doughnut establishment.

Our first full day in D.C. was a deary, overcast Fourth of July. Eric and I rushed out of our underground lair jackets in hand to get tickets to Ford’s Theater. Along with my hobby of visiting new grocery store chains, I am also a massive history nerd. So much so that I teetered precariously close to becoming a professional archivist. I warned Eric that this trip would be 90% museums,  9% humidity and 1% beer. Despite this, he still agreed to put up with me. I am one very lucky beer blogger.

Ford’s Theater is one of those attractions in DC that is free, but you need to show up as soon as possible to nab your free ticket for a specific time slot. Our tour started at ten, winding us through a well done museum before we entered the theater. After taking our seats on the second floor balcony, we watched a reenactor describe the last moments of President Lincoln’s life and it was difficult not to feel emotional in the historic space. On our way to the National Mall, we ran into a parade and a Basque cultural fair. Despite it being the largest holiday of the year for the city, it wasn’t as crowded as I would have expected. Undoubtedly this was because of the awful weather. The Fourth of July was cold and wet; so very wet that we accepted and wore cheap blue ponchos for most of the evening.

The highlight of the day was the Library of Congress’ exhibit of the Thomas Jefferson library. When the Library of Congress was burnt down in 1814 by British troops, Jefferson restocked the library with his own beloved collection. The Library of Congress still has 2,000 of his original books and has rebuilt the library by finding 3,000 other period books which where lost in a fire. I found it thrilling* to stand in front of Jefferson’s copy of Utopia, Machiavelli, Bibles and even a guide for playing the harpsichord. If you are half as cool as me you will check out the online exhibition.

Okay, enough of the geeking out and on to the disappointment of the trip: fireworks. Fourth of July is a holiday devoted to grilling, eating outside and making patterns in the sky with explosives. And freedom I guess. My excitement to see the greatest firework show in the nation slowly diminished during the day as the weather got worse and worse. I frantically checked the National Park Service’s Twitter account to make sure the fireworks hadn’t been moved back a night. In retrospect, I really wish they would have. Eric and I secured a soggy spot on the National Mall over an hour before the show began. Would the low hanging clouds that blocked the Washington Monument move away in time? Spoiler alert—they did not. The fireworks were almost entirely blocked by cloud cover forcing PBS to show archival footage and then the internet to lose it’s mind over the fact. It was a disappointing end to a long awaited trip but we had another full day of history in front of us.

The fifth of July was sunny, clear and humid. This was a blessing as the one zip-up I brought in case the plane was cold was starting to mildew. The beautiful sky was perfect for a walk around the monuments. I wanted to go on a jog under the cherry trees and channel Bill Clinton in short shorts but we had a Mint tour to get to.

We had the free ticket system down by now. Wake up early, take the Metro into the central district and plan our day. Our tour of the Bureau of Printing and Engraving is the closest I’ll ever get to being a billionaire. It was interesting to learn the process behind designing and printing currency. Now we just need to get one of those artisan engravers to speed up putting women on the $20.

Many summer time tourists in DC will tell you the same woes. It’s humid, the museums are crowded and they’re tired from walking everywhere. At the end of our second day in D.C., Eric and I had visited eight monuments, three government buildings, six museums, and one very friendly emu enclosure. We earned a nice beer. Choosing entirely on location, we decided to check out Right Proper Brewing Company for a celebratory end-of-trip dinner.

Right Proper Brewing Company has two locations. I knew the moment I walked into the Shaw Brewpub location and saw their in-house cheese counter that this wasn’t going to be a standard brewery visit. Right Proper focuses production on small batch unusual beers. I tried four different beers here and each was a brand new experience.

The beers have names like Frank Ocean albums and are served in half-pours via long-necked wine glasses. All of the beers had a ABV under 6% which helped me feel like I was sipping some seriously fancy juice.  I wouldn’t recommend Right Proper if you are looking for a traditional beer experience but it’s great for a fancy date or to trick your non-beer drinking friends. It’s worth mentioning that they change their menu constantly; none of the beers I sampled are still on tap.

Despite the terrible weather and lack of access into the Library of Congress reading room, we had an excellent time in D.C. Now it’s time to start planning our next “bucket-list” adventure. 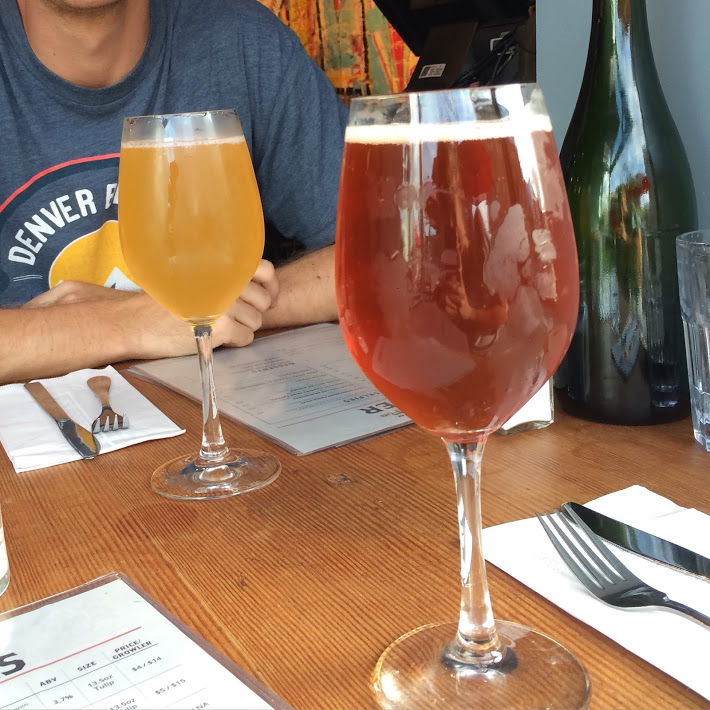 This beer is bright pink and tastes a good bit like it looks. An overwhelming flavor of tart but juicy strawberry with a champagne-like carbonation. There were no hop or malt flavors in this beer. I didn’t want to like this beer but it’s fresh fizzy flavor made a fan out of me.

Final score: three out of five photo bombs at the Lincoln Memorial.

This was some beer. Can I call it a beer? This might be the most unique beer I have ever tasted. It had a smoked jerky-like funk to it with a lightness that reminded me of sparking wine. I didn’t want a full glass of this one but I enjoyed every sip that I took.

Final score: five out of five. This beer is a wilder ride then a 20 minute late D.C. Metro. 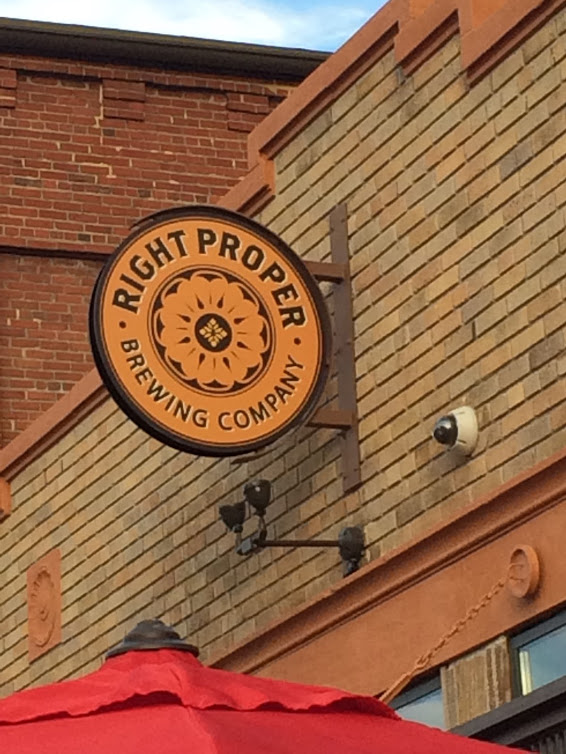 The Invisible City of Bladensburg

This beer was made with open fermentation, which usually results in a sour flavor. Instead, the beer tasted like a bitter spritzer. The aftertaste was reminiscent of over-steeped tea. Not my favorite.