Craft in the City

Mexico City doesn’t let you forget about a single one of its 8.9 million people. To be sure I have been in much larger cities, Seoul has 25.5 million, but no other city on Earth has felt as full as Mexico City. The city stands out from the other cities I visited in Mexico as more crowded, chaotic, cosmopolitan, corrupt, artsy, and hip. It was hard to wrap my mind around Mexico City; I imagine one could spend their whole life trying. Like all major cities, it’s possible to walk three blocks the wrong way from a UNESCO world heritage site and end up in front of a Santa Muerte shrine. I can’t say it was my favorite part of the trip, but I am glad I went.

One of the highlights of Mexico City is its incredible history. From Tenochtitlan to the Mexica, Mexico city contains the tree rings of the nation. One of the highlights of our trip to Mexico City was the Museo Nacional de Antropología. The museum is a absolute must for anyone visiting. The collections contain cultural treasures such as mighty Olmec heads and Aztec calendar stones. Every time I rounded a corner, I was stunned by the grandeur of objects that I had only seen in history books. My advice to future visitors is to reserve at least a half a day to explore and to start on the bottom floors. The top floors feature modern day cultures which are interesting, but you run the risk of burning out before you reach the peak of the collection.

Another history must see are the ruins of Teotihuacan. In a Mexico City-style miracle, the thirty mile trip turned into a ninety minute trip complete with mariachi buskers and teva-ed tourists. Famous tourist sites are popular for a reason despite the crowds; Teotihuacan was an incredible experience which did not disappoint.

Peaking in the first millennium A.D., Teotihuacan had a population of over 150,00 people. This made it the sixth largest city at the time.  The site was founded by the ancient meso-Americans who built a large city based around religious iconography including the massive pyramids of the Sun and Moon. I was enthralled by the archaeological tiers seen on site. Five hundred years after Teotihuacan was abandoned the Aztecs took over. They claimed to be the heirs to the mystical city and set about changing the iconography to reflect their own Gods. Much of the site went under restoration at the turn of the century, as was vogue at that time. While this meant that the bricks beneath my feet were 100 years old instead of a thousand, I knew the mounds beneath it all were ancient. This made the experience something to remember for a life time.

Another memorable experience was visiting the Basilica of Our Lady of Guadalupe. As a Catholic, I have heard the story of Our Lady since baptism. My Jewish boyfriend had not heard of the miracle of Guadalupe and I felt strange trying to convey how important she is to many Catholics. Luckily, our experience at the Basilica made up for my bumbling explanation.

Our Lady of Guadalupe is the name of an apparition of the Virgin Mary in 1531 to Aztec peasant Juan Diego. She spoke to him in his native tongue and appeared to him resembling an indigenous woman. Mary told Juan Diego told build a church on that site. Juan Diego then went to the Bishop who rebuffed him several times. Eventually Juan Diego returned to the hilltop, as per Mary’s instruction, and filed his cloak with the flowers he found growing there. He took these to the Bishop while repeating his request to build a church. When he unfurled his cloak, the flowers fell out to reveal a portrait of Our Lady of Guadalupe. This image became the icon for the mass conversions to Catholicism all over Latin America. While many scholars debate the existence of Juan Diego, his impact on the history of the Catholic Church is felt all over the world. My local parish is none other than St. Juan Diego.

When you exit the subway station that is nearest to the Basilica of Our Lady of Guadalupe you are quickly submerged into a carnival-like atmosphere. Multi-story shopping malls line the street catering to all of your Catholic household needs. Need a neon light-up statue of Mary? They have that! Need a bloody, life size Jesus? They have that too! There are even some lesser “Ripley’s-believe-it-or-not”-esque  attractions along the street leading to the church.

The Basilica of Our Lady of Guadalupe is broken up into two different buildings. The Old Basilica was built in 1709 and is currently sinking int Mexico City’s underground lake. You can still visit the old church and admire the steep tilt of the chandeliers.  There was an all nun mass* in session when we visited. The Our Lady of Guadalupe icon is held in the New Basilica which was built in 1970’s and can hold up to 100,000 people. Not to be outdone by the nun mass, the New Basilica was holding three masses simultaneously when we visited. The icon itself is displayed behind the main alter. As we wanted a closer view of it, we descended to the area behind the alter. Here is where the faithful come, some on their knees, to get a closer look at Our Lady of Guadalupe. Moving walkways under the icon do an efficient job at crowd control, at the cost of a feeling of sacrosanctity. I highly encourage you to watch my video of the experience.  After riding the people mover several times and visiting the gift shop, I wasn’t sure if I had become a better Catholic, but I had gained valuable knowledge about my faith and those who share it with me.

It wasn’t all ruins and churches in Mexico City. Eric and I stayed in the Roma Norte neighborhood in an incredibly hip AirBnB which doubled as a yoga studio. This neighborhood is the playground of the Mexican bourgeoisie, home of $15 USD brunches and the $6 bottles of craft beer. While we had to leave it to eat, I loved staying in the neighborhood which was both safe and lively. The roundabout our apartment was in hosted a commercial shoot, sneaker launch, and live DJs in the four days we lived there. Most nights we left the neighborhood to eat but one night we decided to treat ourselves and track down a pizzeria which is the only place in the world to sample their house made craft beer.

Pizza del Perro Negro was pointed out to us by a painfully hip expat smoking a cigarette and waiting for his model-hot girlfriend to arrive. He first suggested someplace “clean” but shared with us the secret of Pizza del Perro Negro after I mentioned wanting to track down some local beer. After waiting for a table Eric and I ordered our strangely doughy pizza and eavesdropped on a super awkward date. We ordered the house made beer Bulldog Francis.  It wasn’t in my travelers budget at $5 USD a bottle, but for you dear reader, I muddled through.

I only saw a small sliver of the country during my ten days in Mexico but what I did see was a friendly, welcoming country with a deep history and delicious cuisine. I can’t wait to go back.

*Also known as the best sorts of masses. 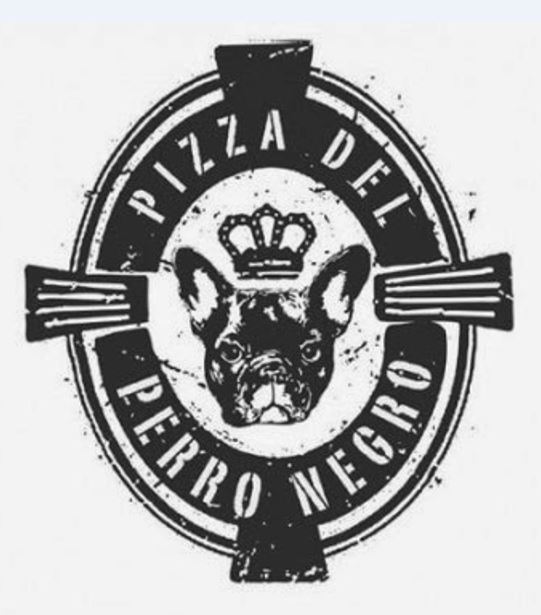 Before I lay too hard into this beer, I must add the disclaimer that the product was super hyped. The “best dark beer in Mexico” was thrown around once or twice. Despite being clearly labeled as a porter this beer didn’t resemble one. There was no smoothness in this beer. It tasted like your friends first attempt at home brewing where the alcohol is the major flavor. The bottle looked slick and it poured a nice golden color but the flavor was unforgivable. The atmosphere of restaurant was most certainly hip, full of the rich, young, and attractive of Mexico City.  Pizza Del Perro Negro is worth a visit. Just stick with the Indio.

Final score: one out five for the over hyped letdown.