After several sleepy days traveling around Lake Titicaca, we stepped off of our last long distance bus ride of this trip and arrived in Cusco. It was instantly clear that we where not in Kansas anymore. Or perhaps we had returned to Kansas after a long walk through Oz. Tourists were everywhere, hawkers selling “art” or massages approached us constantly on the street. I even considered treating myself at a super swanky Starbucks. We where all here to see one thing, Macchu Picchu. Cusco couldn’t help itself for being a stunning stop on the way. Cities like Cusco are popular for a reason; they are safe, relatively easy to get to and the home of world class attractions. While the annoyingly smug backpacker part of my gut was disappointed to see places like the historic town square crawling with tourists, I wasn’t immune to the excitement. This city is a destination for a reason and we where about to explore why.

Eric and I had three full days in Cusco to celebrate my birthday and plan/book a trek to Machu Picchu. The time raced past and I kept feeling like I needed to do just a little more before going to bed each night. We wasted a full day going from travel agent storefront to storefront comparing trekking costs.* The other days we spent our time exploring museums, finishing up souvenir shopping and eating the best meals of our trip**

Cusco has a large central colonial city, built using the remains of the final Incan capital. The streets are filled with cute boutiques, coffee shops and restaurants, giving the city a European feel.  The Spanish turned the Incan Temple of the Sun into a Franciscan monastery which can be visited as a modern museum. The perfectly smooth stonework of the Incans impresses everyone who sees it. The walls are nearly 600 years old and have yet to develop a gap between the stones. Despite how impressive the city was, the attraction that impressed me the most from Cusco wasn’t created by the Incans. At first the Church of Santo Domingo looks just like all of the other countless South American Churches. This one has been updated with incredible art by modern Peruvian painter Richard Peralta. The updated take on saints from all over the world was humbling and did what very few pieces of religious art can, helped me feel closer to my grand and ancient faith. The church is free to enter.

I celebrated my birthday in Cusco by exploring two very different breweries in town. The first stop was Cerveceria Paqucha. It had only opened weeks before our visit. It was mostly empty with the exception of an eccentric Dutch bartender who wanted to know how we found the place and told us all about his time living homeless on the streets in Portland. The beers here weren’t much to write home about and something was off with the taps as their “dark’ beer took 15 minutes to pour. Despite some major quality issues, it was exciting to see potential growth in a Peruvian owned brewery marketed at locals not tourists.

Just up the street from Paqucha was Cerveceria Zenith an established institution in Cusco filled with ex-pats. Zenith doesn’t brew the best beer in Peru but if you want something locally brewed in the city of Cusco they are a tough act to beat. They had a selection of over ten beers on tap representing a wide variety of styles. Best of all was the atmosphere, it felt no different than a microbrewery at home. Traveling the world is may never get old, but for that evening I just wanted a good beer and a piece of home.

*Pro tip- Don’t waste your time as all but the very top tier trips cost the same amount. We paid $240 per person for the 4 day/3 night Salkantay trek with a one-way train ticket to Ollantaytambo and entrance tickets to the main site and Machu Picchu Mountain. Read more about that on my next blog.

** I’ll just go ahead and destroy my backpacker cred by letting you know that Green Point vegan restaurant is the best meal I had in Peru. I still dream about their $5 lunch buffet that has no connection to traditional food whatsoever. 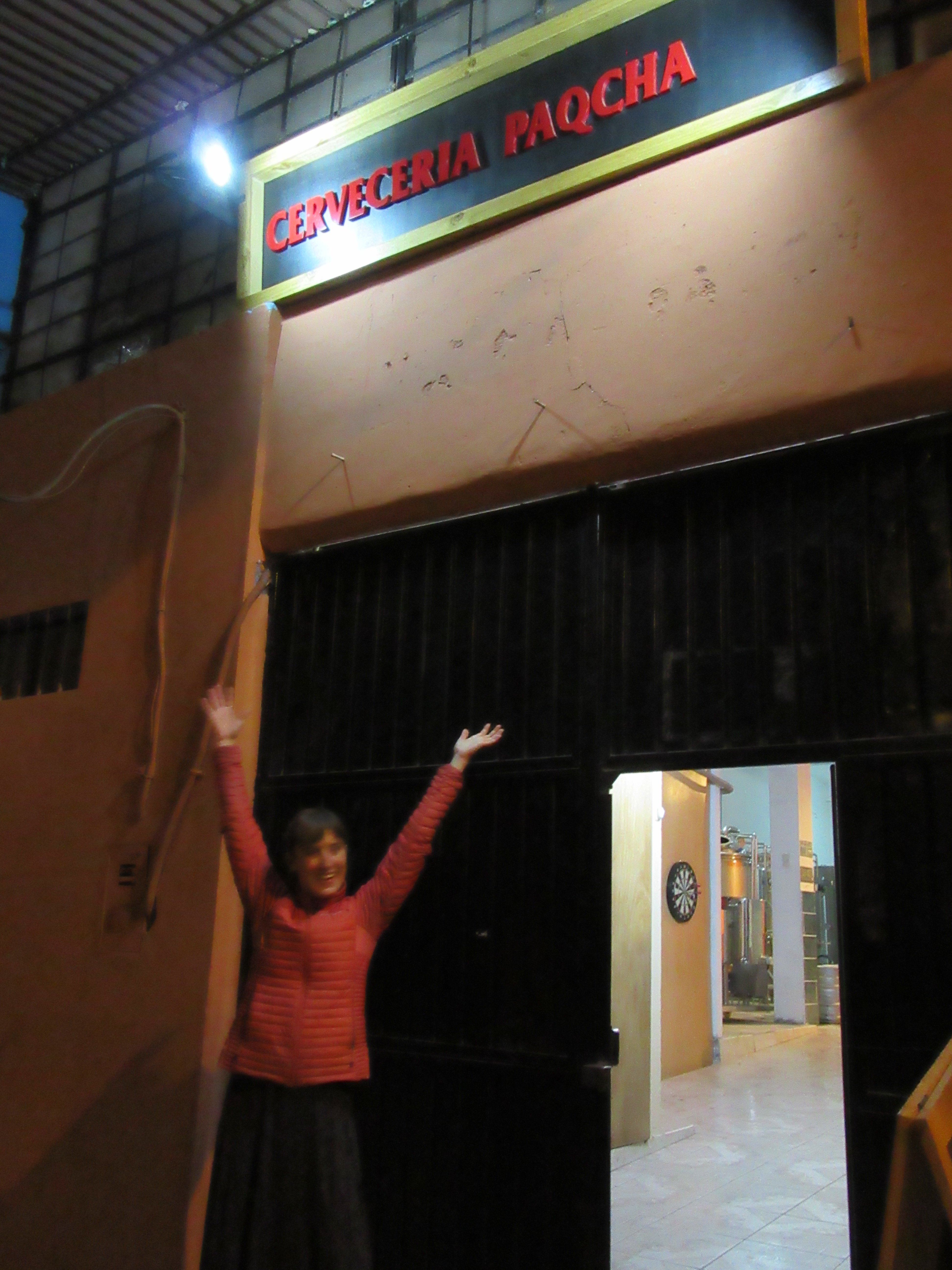 What to say about this beer that I haven’t written about other South American lagers? My notes read “Lemongrass?” with a sad face next to them. It was more of a lager with a high ABV then a real IPA.

This beer was alright for an attempt at a darker beer. They didn’t try to cover up the maltlyness by going too sweet. The worst part about this beer was the ratio of head to foam, about two thirds foam to beer.

With a coconut scent and other desert flavor profiles, this beer shouldn’t have worked as well as it did. It tasted like a play on a vegan coconut dessert. None of these flavors over powered the wheat flavors so it remained a great witbier.

Final score: 4 out of five baskets of Grandmas Breakfast. 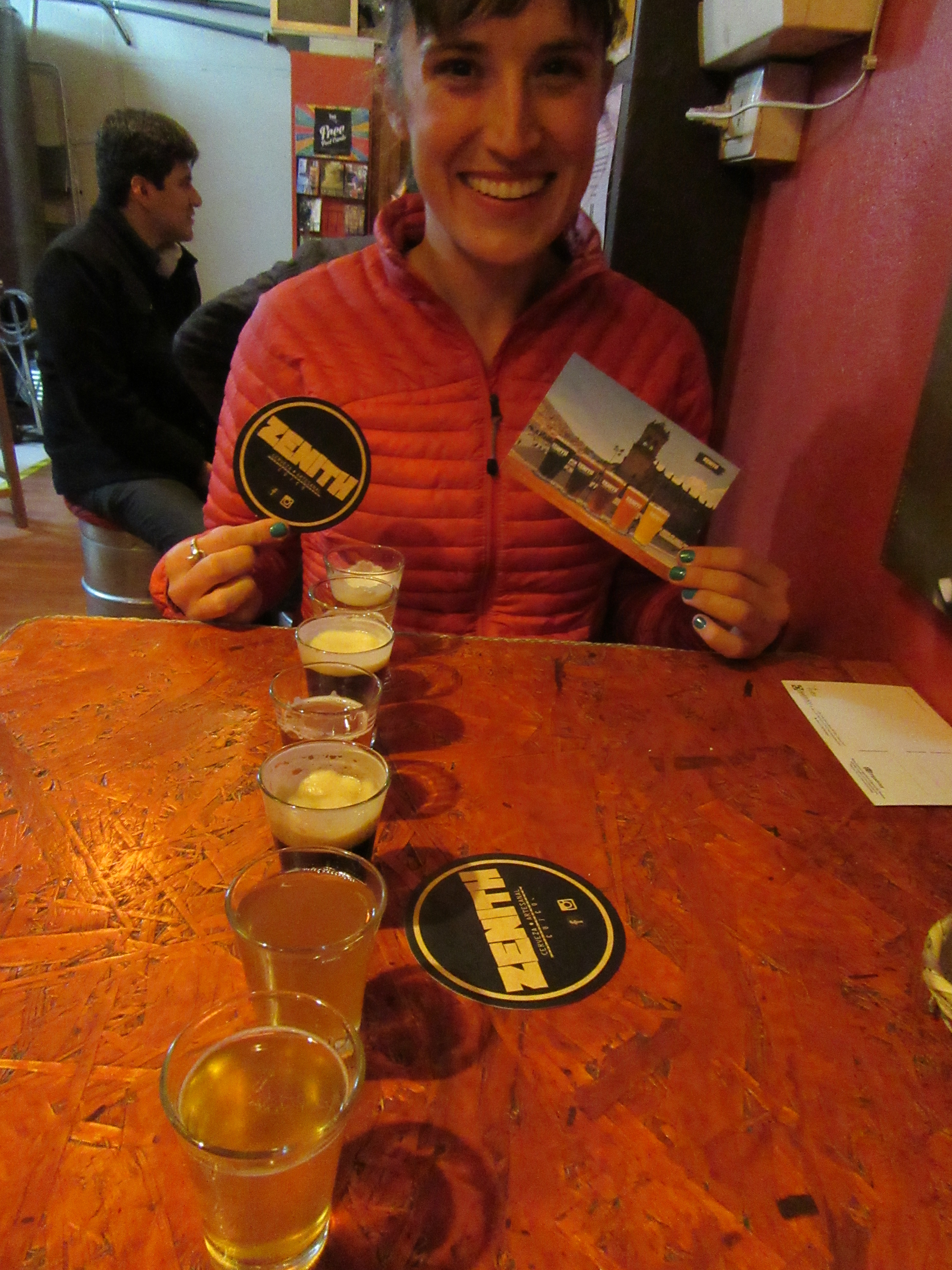 When reviewing my notes for this post I was trying to spark some memories about what beers made a strong impression. I remembered this beer right away when I read “WTF is this maracuya vodka”. Zenith’s attempt on a fruit beer went awry, it tasted more like bathtub cider than a nice beer.

Final Score: 0 out of five changing the bull to a gill.